Sango has at its disposal, a diverse range of processing methods,
such as spin-forming and hydroforming,
to meet our customers' needs for specialized products.

Sango's spinning process is characterized by the approach of fixing the material in place and rotating the forming rolls around the work piece. This allows us to manufacture spun products using an original technique developed by Sango, spin-forming both eccentric and oblique shapes. 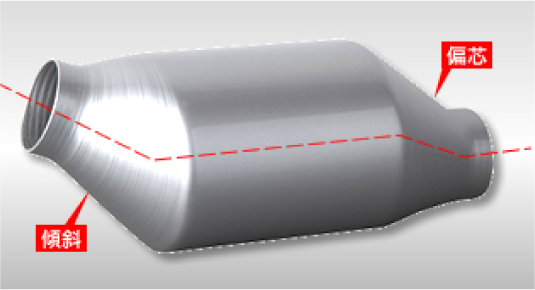 Bending is carried out at Sango with diverse techniques. While a typical pipe bending technique uses an NC bender in a draw bending method, Sango is able to select the optimal method depending on the product.

Air gap pipe is constructed of two pipes, with a gap between the inner and outer pipes. Bending this pipe is crucial for product applications and Sango's specialized process bends the pipe while maintaining the gap between pipe layers. 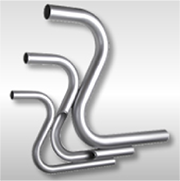 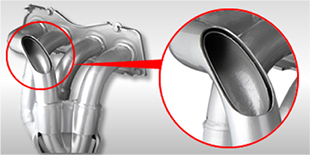 In order to bend products with very tight bending radiuses, Sango applies a bending method which causes shear deformation. The equipment used for this method has a high level of productivity and can operate in a small amount of space. 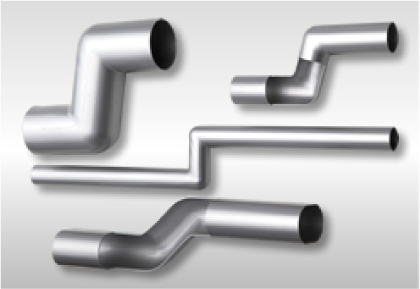 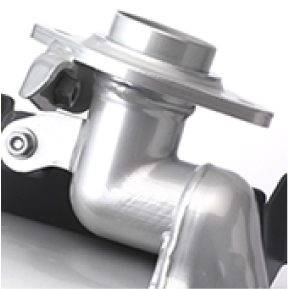 In this manufacturing method, a pipe is filled with liquid and with the application of pressure, the pipe takes on the shape of the mold. Sango has extensive experience with various types of material, pipe diameters and wall thicknesses, allowing designers to meet such needs of the customer as the integration of separate parts into a simple one-piece design, improvement of rigidity and reduction of weight. 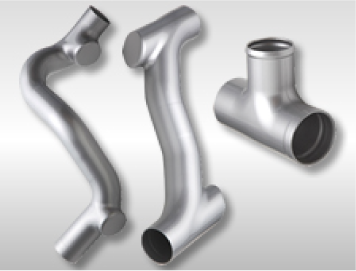 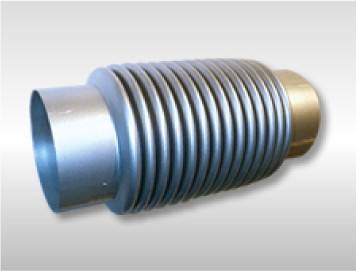 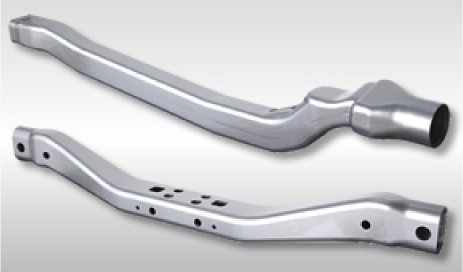 After the raw pipe material is put through a heat treatment process, it is pickled and then goes through a drawing machine for cold drawing, straightening and cutting into a finished product. Sango uses a special plug to carry out inner mandrel drawing, so that both the outer and inner surfaces of the product can be finished to precisely controlled dimensions.

Outline of the process

Developing lighter weight products is a never-ending topic for the automotive industry. At Sango, we use our expertise in tubing to search for ways to help reduce weight at the material level. This pursuit of new ideas has resulted in the successful development of a mass-produced butted pipe. The special feature of this pipe is the ability to change portions of the pipe wall thickness at will.
The basic process used to manufacture this specialized type of pipe is a drawing process, in which a drawing plug is set inside the pipe and then moved as the pipe is being drawn. 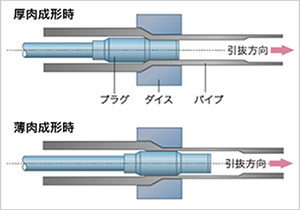 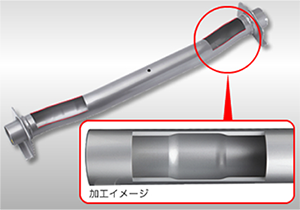 Special secondary steel processing called PIC (Pipe in coil) is mass-produced by Sango. As the term states, PIC refers to coiled pipe material. Sango has drawing process technology which can be used on pipe material in coils of several hundred meters in length. This technology allows us to achieve an extremely high yield rate and high productivity for both normally drawn products as well as for Sango's specialty, thick-walled, small diameter tubing, which is known for the difficulty in manufacturing it. Unlike normal drawing, this type of drawing is begun with the plug inserted in advance and it is not removed again from the material until after the drawing has been completed, which allows us to complete a continuous drawing process over several hundred meters of the coiled material. 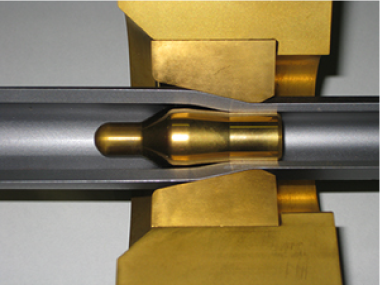 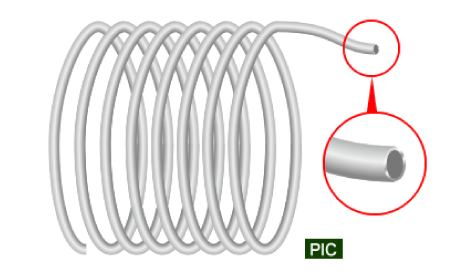